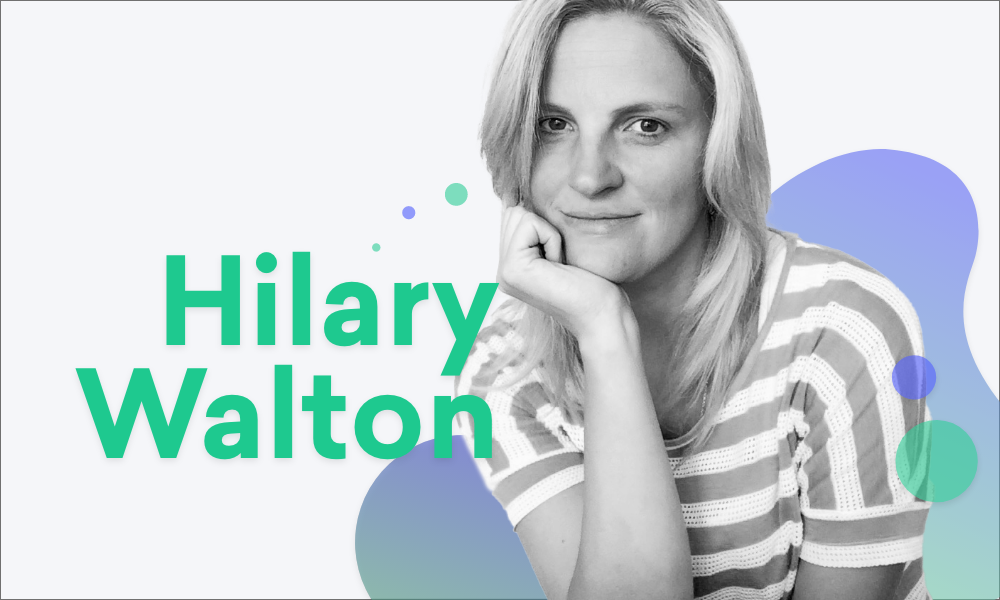 “I didn’t set out to be a digital influencer … I started out as a psychologist.”

Hilary Walton is Chief Information and Security Officer at Kordia Group in New Zealand, founder of the Digital Culture Ideas podcast and YouTube series, and member of Global Women, a non-profit organization driving diversity in leadership.

Hilary Walton’s advice for becoming a digital influencer doesn’t read like a typical guide to online success—be authentic, be kind to yourself—then again, Hilary’s career path to the C-Suite isn’t typical either.

“I didn’t set out to be a digital influencer … I started out as a psychologist.”

Hilary has a podcast and YouTube series, Digital Culture Ideas, where she brings in other experts to discuss how technology is changing business and society—but in a way that places the humans involved in those changes at the core of digital transformation (hence episode titles such as “The next big thing isn’t AI, it’s people”).

“In my experience, the human element is often the part left out of a project scope or de-costed from the project, or it is considered that the technical IT team will do the change management when it's not their skill set or capability. Change management is recognized when businesses want to transform, but it’s given lip service or deemed ‘too hard’ and hence is done poorly.”

Hilary witnessed first hand the struggles that teams go through to bring about cultural shifts as they seek to transform and modernize. Following her Psychology degree, Hilary made the move from New Zealand to London (via Australia), experiencing a different business working culture. Eventually the opportunity came up to join MI5 (the British secret service), followed by a role as Head of Information Security at the London 2012 Olympic Games—both legacy institutions looking to modernize through technology. From the beginning of her switch into IT, Hilary realized it wasn’t just the technology that needed changing: The mindsets of those working within the digital transformation zeitgeist needed to change too.

“Being a trained psychologist, it was natural that I would focus more on the human element in IT. I’m fascinated by culture and why people behave the way they do. So my culture change and behaviour change experience lent itself well to thinking about IT and security challenges like how to create a more cyber-aware culture—one where people proactively identify security risks —and also, how do you help people adopt new digital tools when it requires them to change their work or communication habits?”

Hilary discovered one way to help people adapt to change was to adopt new tools herself.

“I like to be an early adopter of things. When the transition to IT happened, which came originally through work trying to create a more cyber-aware culture within organizations, it was at a time when Microsoft was creating Teams, and there were lots of social work tools coming out, video tools, and I was using them in the organization to create educational videos or just to communicate. And what I realized was, I’m making myself vulnerable to the organization by doing this, by putting my face and my voice out there. But I realized I could do more than just make these things for the organization, I could take it online. That’s when I went on LinkedIn, Instagram, TikTok. And I’ve been on this journey for about 2 to 3 years now.”

"We’re seeing these new leaders come through who see that they are in a position to empower people … we’ve moved away from this ‘Do as I say’ top-down approach."

That vulnerability element, “putting my face and voice out there,” as Hilary puts it, is a key driving force behind Digital Culture Ideas. Hilary often states during episodes that her own education and personal journey is still a work in progress and that speaking to other leaders gives her an opportunity to learn and develop. Admitting such things isn’t a trait necessarily associated with the C-suite. So, has Hilary found her guests, other leaders in their industry, as willing to open up as she is?

“Yes, and it’s something I was perhaps surprised about at first. We’re seeing these new leaders come through who see that they are in a position to empower people … we’ve moved away from this ‘Do as I say’ top-down approach. And what that means is, if you’re trusting your staff, you need to be vulnerable and more authentic.

“When a leader sets that example they introduce more psychological safety into teams from the bottom up, which helps with getting more diverse voices to speak up. When perhaps they would have been afraid to in the past, now they see it’s safe to do so.

“There was a Google study published a few years back that looked into what made teams highly effective or not, and it was psychological safety, being able to speak out, that actually led to a better team performance.”

Perhaps understanding this cultural shift in effective leadership is why Hilary’s organization, Kordia, is willing to let her put herself out there.

“Some organizations aren’t ok with it, but Kordia is really encouraging and happy for me to do it, so I feel lucky in that sense.”

"I had to talk to my husband and explain: I need to do this, and if I don’t do this, I’m going to resent you, and I don’t want to resent you!”

But creating a podcast series takes time. For any C-suite leader, time outside of work might feel like a precious commodity. (In fact, “Balancing work and home responsibilities” was listed as the top source of pressure for leaders in a recent Pulse study.) Hilary acknowledged this going in and knew it would impact her family.

“When I decided to do it, and sat down and figured out how much work I’d have to put in, I had to talk to my husband and explain: I need to do this, and if I don’t do this, I’m going to resent you, and I don’t want to resent you!”

Being an effective leader and becoming a digital influencer, all while balancing being a parent (with an understanding husband) is one challenge; handling the comments section in online communities is another. Does Hilary ever find herself feeling discouraged?

“Some days, definitely,” says Hilary. “You do get the occasional negative comment here and there … ‘Oh, who is she? Why is she doing this?’ but the support and the encouragement outweighs it. I don’t pay much attention to the negative stuff.

“I’ve also learned to be kinder to myself. It’s not the end of the world if I miss the occasional post or episode.”

Again, not the kind of admission you may have expected from a CISO a few years back. Perhaps that’s why Hilary’s guests are willing to have such honest conversations on the podcast—Hilary creates that psychological safety simply by putting herself out there and making it clear that she’s on a journey herself.

Hilary’s journey from psychologist to CISO shows how embracing change—whether that be starting a podcast or trying to foster psychological safety in teams—and admitting that we don’t have all the answers brings new ideas out into the light. Digital leaders need to consider new technologies to keep their organization modern, agile and future proof, but new technologies can also be used to make them more effective leaders. Although, perhaps only if, like Hilary, leaders are willing to accept that they’re still a work in progress themselves.