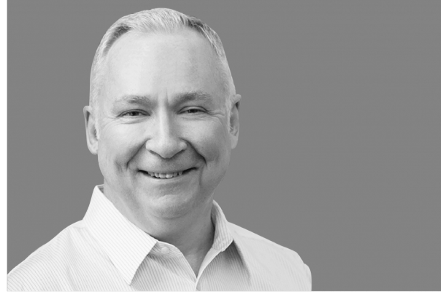 A crisis like no other has prompted some soul-searching among many business leaders. This is the moment, CEO advisor Mark Settle argues, where business pain points are revealed and larger innovation projects shouldn’t play second-fiddle to keeping the lights on.

Do you anticipate a downturn in moving to the cloud as a result of the COVID-19 pandemic?

I had this conversation with somebody earlier today. If anything, the acceleration of applications to the cloud would just be increased after this. I don’t think people want any hands-on responsibilities and the other thing that may become apparent in the future is that there is some variability. There’s variable demand that you can translate into use of cloud resources.

Because if you were running these large data centers with these monolithic applications, fluctuations in demand are gonna change your cost structure or lead to any other benefits. Whereas in principle, if you’ve been structured and your consumption of some of these cloud-based resources or demand is down for one reason or another, you should see that reflected in almost real time.

What’s going to be the biggest change?

It will be the expansion of the virtual office. In the Bay Area companies everyone has a laptop and everybody works from home one or two days a week.

So it’s a matter of degree but not substance. Whereas in other places, it would be a wholly different way of thinking about doing things.

How sustainable is it to keep the virtual office on a long-term basis?

After people have been at home with their kids for 30 days or so I think they’ll be very ready to come back into the office. I think there’s an element of a personal emotional reward that comes from working with people. That’s hard to reproduce in this kind of an environment.

Knowledge workers that are used to coming into an office every day, there’s some emotional reward or feedback that occurs that you’re just not going to be able to experience if this was the sole way in which people were interacting.

Had you ever experienced anything like the COVID-19 pandemic when you were a CIO?

There has always been business continuity issues. I worked in Houston for a while and we had hurricanes that would come on shore and pretty much shut down our operations or make them highly tenuous. I’ve had episodic problems. When I was with a company which had an office in Israel, a missile landed in the parking lot, blowing up the parking lot and part of the building!

There was one time when planes were grounded during a volcanic eruption in Iceland. It turned out to be right at the point where we were having our annual sales kickoff meeting. So we scrambled and had a dual site meeting with all the European sales reps. But all of those pale compared to COVID-19.

What are the lessons that CIOs learn in this type of crisis?

I think your priorities probably get reset. Think of it as running two main businesses. There’s one that revolves around big projects and initiatives that cost a lot of money and typically take a while and are multifunctional in nature, as in they have the attention of the company’s CEO, CIO and CFO. And then there’s all the day to day blocking and tackling. Handing out the laptops, running the service desk, making sure the Wi Fi networks are there, making sure people have access to their applications and there’s support for the employees in the company.

Those initiatives, while they may still be very strategic and important, they take second place in the minds of the leaders of the company compared to supporting the employees and making sure that day-to-day operations can be sustained.

Our recent report on IT budgets didn’t show any major decreases in spending. Why do you think that might be?

There’s always money available to address true business pains. The crisis can expose pains or inefficiencies. People learn about inefficiencies in critical business operations as a result of those and want to go back and make some investments to address that.

What would distinguish a company that survives in this climate?

One reason you talk about digital transformation is that you want to become very easy to do business with. Any set of tools or initiatives that make it easier for you to discover the customer’s needs, get insight into their buying behaviors, and get feedback on how they’re using your services or products as well as their degree of satisfaction. Those are all incredibly useful.

What do you imagine could be the biggest mistake a company would make in this current climate?

That’s probably the idea that everything will go back to just exactly the way it was before. I’ll give you an anecdotal story. There was another CIO here in the valley and they had been using Skype for video conferencing and she brought in Zoom to replace it. She ran a survey and she found out that a quarter of the company was still using Skype.

She had gone to meetings where everybody was using Zoom so, intuitively, she just believed that there was no use of Skype anymore. She was actually shocked to see that so many were using Skype. So the mistake you could make is if you’re in a senior executive position and you shield yourself from a lot of the frustrations in the mechanics of actually running the business.

Similarly, some may say ‘give it 12 weeks and then we’ll just kind of go back by September 1’ and operating the way that we did before. Even if you could go back, if you look at your competitors, is there an opportunity? Is there a growth opportunity or profitability opportunity to gain market share or grow the business by expanding into some adjacent areas that are particularly enabled by the crisis? Can you think strategically? Are you just so mired in the tactics of recovering normal business operations that you left this opportunity — a bigger strategic opportunity — slip between your fingers?