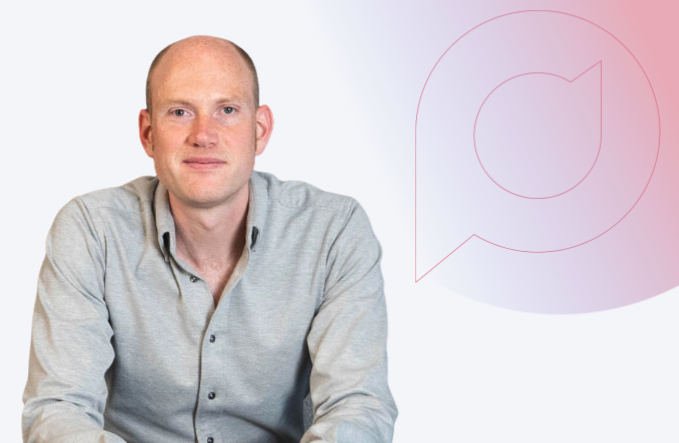 Few times have called for mindfulness and calm as the current period we’re in. CTO Will Larson of Calm talks to Pulse about what he learned about stepping into the executive role and the importance of knowing when to move on.

You spoke of previously being at a company that was struggling. What were the biggest things that you learned about management within a struggling company?

One of the basic things you learn when you are at a company that is struggling that is radically different from a company that’s growing is that you really have to think about the individual very clearly and understand how to make sure you have something for that person. Large companies that are growing quickly tell the same story to each candidate. You don’t have to customize because if they’re joining this rapidly growing company, you have to think about why this is a great opportunity for you, despite the struggle that’s going on around.

In the case where the business is shrinking, how do you find people the kind of the work where they’re going to believe that — by learning the skills and having the opportunities now — they’ll still be better off than if they left and joined a Facebook or a Google?

Personally, something I learned is that a big part of leadership is just showing up every day and doing the work. I found when things get really bad — where I’m at a company that’s running out of money and going to have layoffs — a lot of people stop showing up. Sometimes you do physically see people just stop showing up.

And that can also be more on the emotional level. The biggest thing I learned was to just keep coming every day and staying in the struggle with the team. If you want the team to be there, you have to be there and believe it’s still possible to make that promise.

How do you know when the best time is to move on from a role?

This is something I’ve gotten a little bit more thoughtful about. When a lot of the senior leaders started leaving — they probably left at the right time — I really dug in. I learned a lot through that. I’m grateful that I dug in at that moment. But I think for folks who are further in their career, staying wouldn’t have made any sense as they could have gone somewhere that really impacted at a company. For me early in my career, that was the right thing. But now, if I were to do that, I think I would regret having done that.

You have to expose yourself to new experiences but don’t put yourself in positions which are unlikely to go well. If your goal is to build out your network, you’re not going to do that at a company that is about to run out of money and is shrinking. If your goal is to develop your leadership skills, it’s really hard to do it when your team keeps turning over.

What do people not know about the step up into an executive role?

The most rewarding thing as a functional leader or an engineering leader is you get to be in that spot where you’re finding the ways that your function can be uniquely valuable to the business. One of the things that’s been most rewarding, as I’ve gotten into more senior roles, is getting to think strategically about how engineering can be valuable, instead of only thinking of how we increase the velocity of the team.

The strategic perspective is to ask, what should engineering actually be doing? And how should we balance between the operations team and the engineering team at different types of tasks? What ratio of headcount should be allocated to engineering and why? What would we have to actually see from that data and effectiveness perspective to justify our engineering investment that we’re making? I think these are the questions that became really powerful.

Also, being in the data of the business and thinking about the problem is deeply rewarding as well. You can only have so many people spend most of their time thinking about the evolving business at an abstract level. Because you need most people to be thinking about it at a very concrete level. Having the privilege to think abstractly, which is one of my favorite ways to think, in a way that’s actually valuable is something I’ve enjoyed as well.

What’s the major problem that you’re looking to solve at Calm?

The thing that I’m really focused on right now is that the Valley climate overall has changed a little bit from a growth-first/profit-later to a growth-and-profit mindset. Which is basically where we’re saying let’s run mature, thoughtful businesses. That’s where we really want to be as an industry.

How important is mindfulness in an IT department? Is something like mindfulness relevant when you’re looking to build a team?

Slicing the idea of mindfulness a little bit, there’s a couple of dimensions. There are people who are conscientious, thoughtful, listen and having emotional intelligence is part of that, in that it’s clearly important in terms of any group that functions together. I think about mindfulness as a way to build and invest your self-awareness and your awareness in general.

For example, I can think of a time as a leader where I was extremely frustrated in a meeting and one of the other managers had a chat with me afterwards. They talked about having to recognize when you’re getting to that point of frustration and figure out how to intercept it so you don’t actually get there. There’s actually physical responses in your body that you can detect as you start getting frustrated, before you intellectually realize that you’re getting frustrated.

This sort of mindfulness is how you observe how you’re feeling about it. Why am I feeling this way? And then you can actually address the important things at the root of it. Mindfulness drives self-awareness and self-awareness drives growth and, ultimately, effective teams. I think growth is one of the core strengths that drives them forward.